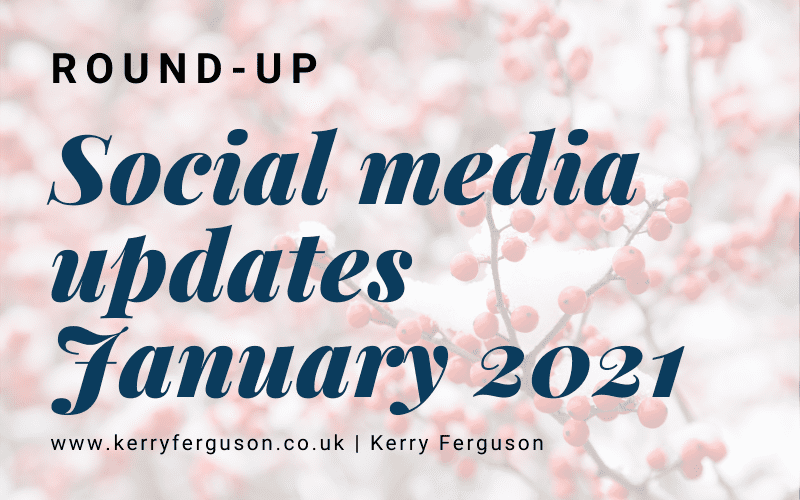 Social media world moves fast, so I’ve decided to do a round-up at the end of every months with the updates I’m aware of – because there are surely, countless more! It definitely feels like every platform is rushing out updates left right and centre at the moment. Let’s see what’s happened in January.

I’d like to mention first of all, there just seems to be a lot of change going on on Facebook, and a lot of glitches because of it. I think this’ll carry on for a while…plus, lots of the news released about upcoming updates don’t have specific dates. So, there will be a lot of sitting around patiently.

And that’s it for January… back soon with more!